Risen: The Story of Chron “Hell Razah” Smith on Spiritualhiphop 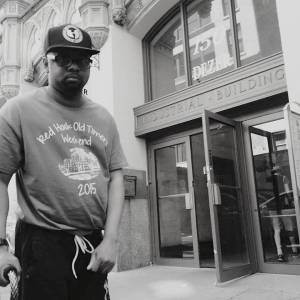 “…never has there been such a Hip Hop biopic that has garnered such success as Straight Outta Compton.  Chron Smith, more commonly known as Wu-Affiliate Hell Razah of the Sunz of Man…is about to unleash his story entitled ‘Risen’… about his sword swinging comeback from a Brain Aneurysm. If it was to rupture, it could cause a stroke, or worse – brain damage or death…”

Director Frank Meyer and Razah go back as far as 1997. Razah was apart of the web series Freestyle 101, which has featured such artists like The Game, Cypress Hill & Ice-T. With their long-standing friendship, it was only right that Meyer was the perfect choice for this feature film.

Razah’s story is one everyone can relate to; He was a talented kid from the streets who worked hard and nearly achieved all of his dreams before this tragedy struck. Now his life has been completely refocused. A lot of rappers will tell you about how they have been shot 9 times, but they won’t let you see them struggling through the rehab process or questioning their future.